Grungy is a monster who lives in the sewers, and is an uncle to Krumm. His slimy body is shown to be sticky and capable of sererating into multiple parts and squeezing through cracks in walls.

Grungy is a flesh-colored blob-like monster. When formed, he appears heavy-set with a large nose, two small eyes, large blue lips, and two arms with three digits on each hand. The lower half of grungy's body forms into a blob, but has two foot-like appendages that can be seen while he is walking.

Grungy appears in Monsters, Get Real! where he gives Krumm, Ickis, and Oblina directions when they are lost in the sewers.

In Gone Shopp'n, Krumm says that the lava lamp reminds him of his mother, which may suggest that Krumm's mother is a blob-like monster and may be the parent to whom Grungy is related. 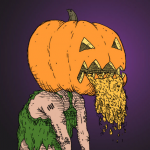 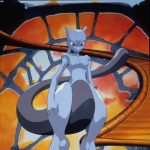 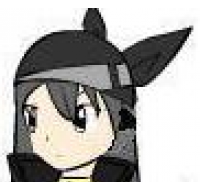