The Aaahh!!! Real Monsters Wiki
Register
Don't have an account?
Sign In
Advertisement
in: Browse, Companies, Productions,
and 7 more

Klasky-Csupo was started in an apartment bedroom in 1982 by Arlene Klasky and Gabor Csupo. Arlene and Gabor had made other animations before that.

In 1991, Klasky-Csupo pitched "Rugrats" to Nickelodeon, which was a hit, and later, they showed Nick "Aaahh!!! Real Monsters", "The Wild Thornberrys", "Rocket Power", "As Told By Ginger", and other cartoons.

In 1995, Arlene Klasky and Gabor Csupo filed for divorce, but they still maintained a healthy friendship.

In 2011, Klasky-Csupo's "Kachew!" division was under deep jeopardy and they sold one of their pilots: "Chicken Town", to Ellipseanime.

In 2012, Arlene Klasky and Gabor Csupo resurrected their animation company with a Facebook page, a YouTube channel, and a newly-styled company logo. They had two pilots in the works — "Ollie Mongo", which is about a blue zombie living like a teen through the apocalypse, and "Splaat!", a pilot featuring the Super Scary Splaat Face from the "1998 Klasky-Csupo Robot Logo" living as a 16-year old Urban Philosopher who lives on the Internet.

In 2018, Nickelodeon announced a reboot of "Rugrats" with Arlene Klasky, Gabor Csupo, and Paul Germain returning as executive producers and premiered on Paramount+ almost three years later. Unlike the original cartoon, the reboot uses CGI animation.

Over a black and white moving background, various stuff forms "K", "L", "a", "S", "K", "Y", and "CSUPO" scribbles in blue Helvetica font. The logo turns black and white while the background keeps moving and the "Y" at the end of "Klasky" turns purple.

This is the most popular and more common logo. Over a static purple background, a black ink blot forms to soon be followed by blue ink. A hand passes through with magazine clippings of a face in it. The face says the company name in a roboitcized voice and starts vomiting logo blocks, which cover both the background and the face. The "Y" in "Klasky" turns purple and the logo fades to black.

This is an uncommon logo which debuted during "Rugrats Go Wild". Over a green city skyline, a sun comes up revealing a rooster on the top. The rooster says "WAAAAAKE UUP!!!!!!!!!" while logo blocks go across the city. The logo (which looks grungier than before and is the currently used logo) forms and we hear "KLASKY-CSUPO" in a robot-like voice. 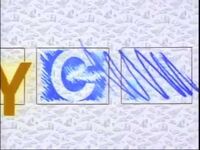 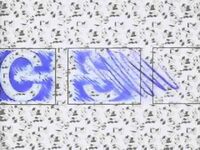 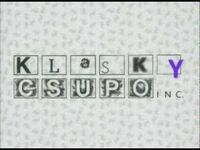 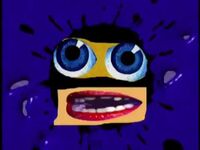 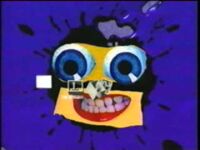 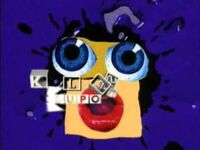 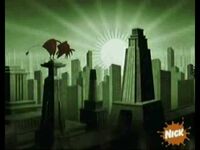 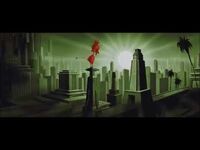 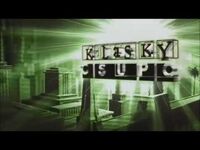 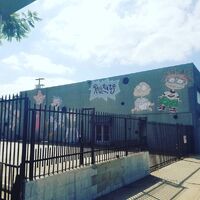 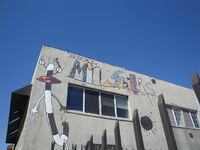 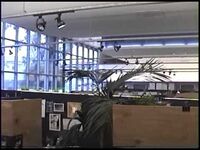 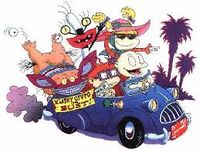 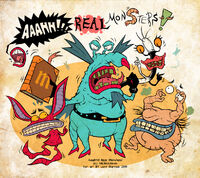 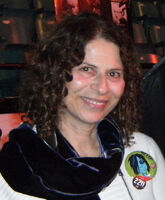 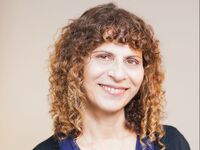 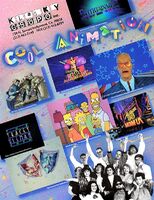 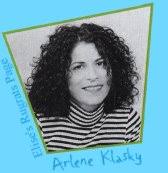 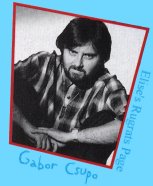 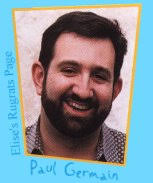